Visitors are invited to carve the ecological concrete block (1), which I poured on the spot, the day before the opening. Those who venture there can by their gesture live here from inside "das Erlebnis" of their own Recto - Verso. They are in the installation. 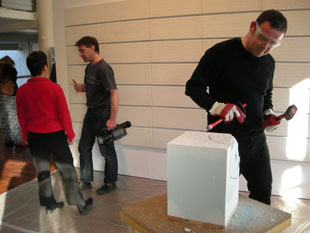 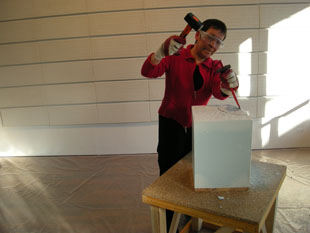 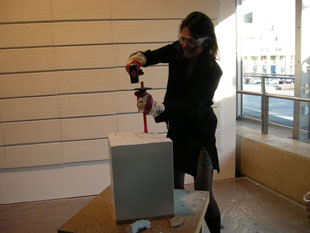 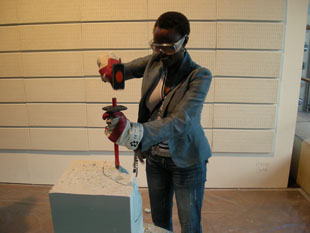 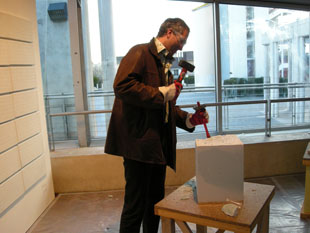 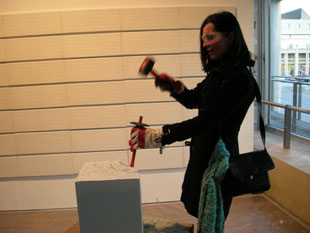 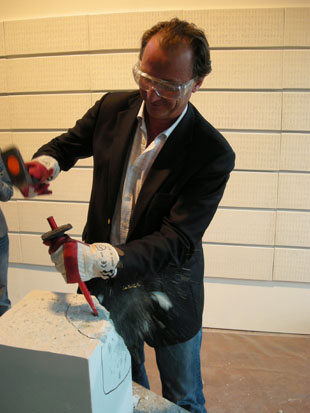 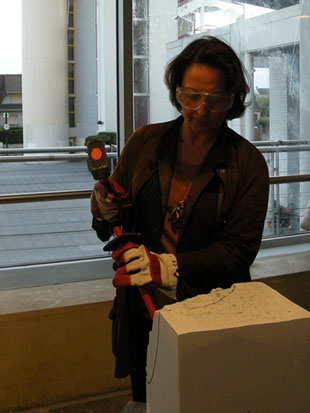 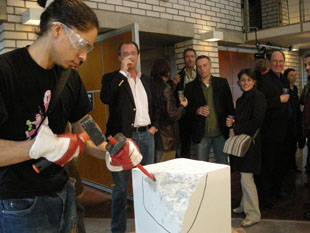 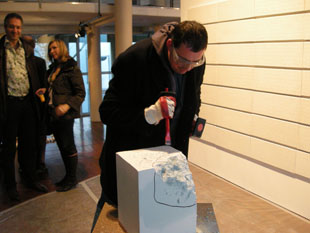 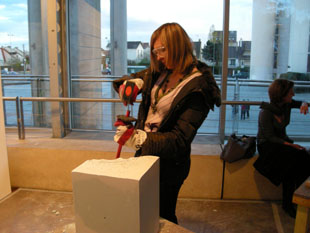 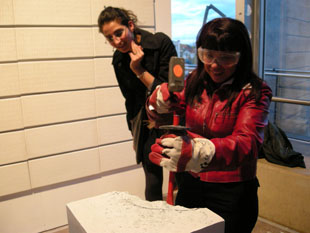 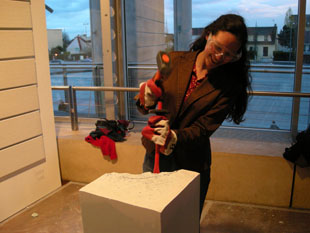 HuGo MoToR
Concrete block to carve on wooden table 2008
There is the real, the blood flowing in my veins, the work that I provide.
Cemroc® Cement, Marble Sand, Half Herringbone, Lattes, Wood Leaves, Nails and Screws. 66 x 66 x 102cm.
With the help of Holcim Beton France and Kerneos France

(1) 20 times less CO2 emitted in the cement production of this concrete block, compared to conventional cements.